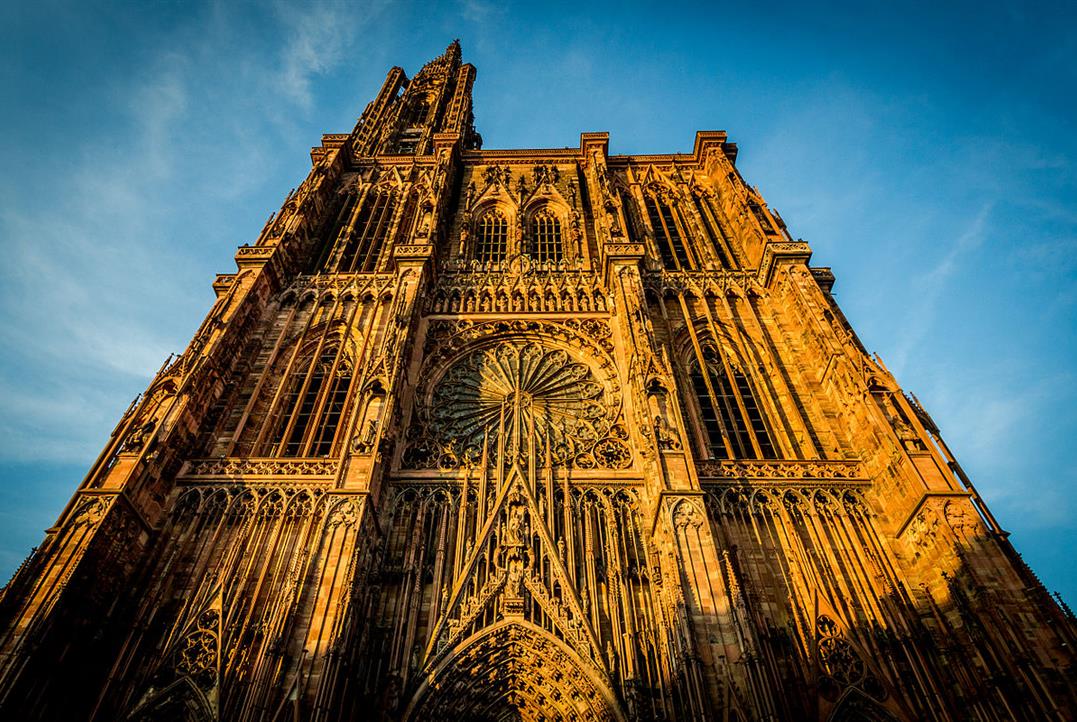 The Cathedrale of Strasbourg, near your hotel

Established at the place of the original Romanesque Basilica destroyed by the fire, but from which you can still admire some columns, the edification of the actual Cathedral started in 1284 by Erwin von Steinbach. The pink stone comes from the close Vosges mountain. The stonemasons who worked on the Cathedral took the time to add some humoristic figures which are worth being seen with a guided tour.

The interior of the Cathedral is as spectacular as its lonely spire (which was the highest of the Christian edifices until the end of the XIXth Century) : the stained-glass windows are remarkable as well as the slender triple-tiered central column known as the Pilier des Anges (a statue of a guy who didn’t trust the architect, is still waiting for the Column to fall), the huge and enormously complicated astrological clock and the gothic organ.